UPDATE: Congratulations Keith for winning the poster raffle! The math proved to be on your side!
+ thank you for everyone who contributed. Check out this blog post to see the full breakdown as well as the responses I received from the respective organizations. The work doesn’t stop here though! Keep talking about these elections and check out some of the resources below to stay involved.

With the dual US Senate run off elections in Georgia less than a month away, GA voters have once in a generation chance to help swing control of the entire US Congress in favor of preserving our planet and making progress on pressing issues of social and racial injustice. During the past 4 years, the United States has retreated as a leader in the fight against climate change, creating ripple effects abroad – all while losing our ability to stem the damage for future generations. Similarly, this year served as a stark reminder in the wake of continued extrajudicial killings of Black people in their homes and in our streets that we can and must do more to protect the fundamental rights of all our people, regardless of their ethnic origin or the color of their skin.

However, in this upcoming election – we have a massive opportunity to chart a new course towards a safer, healthier and more sustainable future. To aid these critical efforts and indeed flip the Senate on January 5th, 2021, I want to encourage everyone to get some skin in the game over these next few weeks by giving you a chance to own a unique piece of Earth Night history. By donating $21 for a ‘raffle ticket’, you will be entered to win a hand-screened poster from Earth Night 2015 designed by yours truly and autographed by all the members of Papadosio and Thundercat present that night.

I am setting an intention with the goal of raising $2021, in hopes that empowering the historically suppressed Georgia electorate will help deliver the incoming administration a majority in the House and Senate and unleash the flood of support that Americans and our planet need. 100% of these funds (minus processing fees) will go to voter advocacy projects working across the state to increase access to voting. These include Black Voters Matter, Fair Fight, Asian American Advocacy Fund, Latino Community Fund of Georgia and Four Directions.

This has been an unbelievable and in so many ways forgettable year. All across the world, we’ve suffered a shocking collective loss of human life and livelihood. I completely understand if now is not a great time to be donating to what is without doubt a political cause – given what so many have gone through. However, if you’ve ever wanted to land a political punch that writes itself into the history books, it is in fact these GA Senate races. I hope everyone will find a way to get involved – even if it’s just sharing this post and finding other ways to support democracy in action.

When we found out we could host Earth Night 2015 in ATL at Terminal West and the Tabernacle, I was over the moon. Atlanta’s energy and diversity made it the perfect spot to flip the traditional script and finally traverse musical scenes and genres, resulting in supporting sets from Third Nature, TAUK and the one and only Thundercat. Now 5 years later, that same energy helped carry Joe Biden and Kamala Harris to a historic victory on November 3rd, marking the first time 28 years that a Democratic presidential ticket won in Georgia.

Since taking control of the House of Representatives in 2018, the Democratic majority have passed key legislation like the HEROES Act, which would deliver critical COVID-19 support to nearly ever corner of the country that desperately needs it (including vaccination roll-outs). The current Senate Majority Leader Mitch McConnell (KY) has for months now, postponed this vote in favor of confirming inexperienced, ideological judges across the country (including the Supreme Court) before the Trump administration officially ends. Transforming the leadership of the Senate not only ensures the ability to pass key relief folks need right now, it also radically increases the chances of enacting the Biden administration’s bold climate agenda and platform for racial equity. Furthermore, electing 2 more Democrats will also dramatically speed up the ability for the administration to deliver on their campaign promises by swiftly appointing Cabinet-level nominees that require Senate confirmation.

As a former student of political science, I see this is as the biggest opportunity in my lifetime to see the United States of America change herself for the better. I believe Reverend Ralph Warnock and Jon Ossoff are both kind at heart and qualified in mind to represent the great state of Georgia in the next phase of the 21st century. I also believe that centering the historically disenfranchised voters of diverse ages and backgrounds are the key to unlocking the representation needed in this country to deliver real social and environmental justice.

Please join me in calling in a better year than the one we’ve just witnessed. The raffle will be live between now and winter solstice on the morning of December 21st, 2020. When the solstice arrives, I will randomly select a winner. As the payments clear, I will issue the proceeds among the respective organizations and keep public records of all those transactions. Multiple donations are allowed and each subsequent one will count as an additional possible name at drawing. Make sure to include correct name and contact information. The winner will be contacted shortly after the drawing takes place to get shipping information. Poster can be shipped with or without frame. Hand screen printing by Goatfaced.

Thanks for listening and good luck! 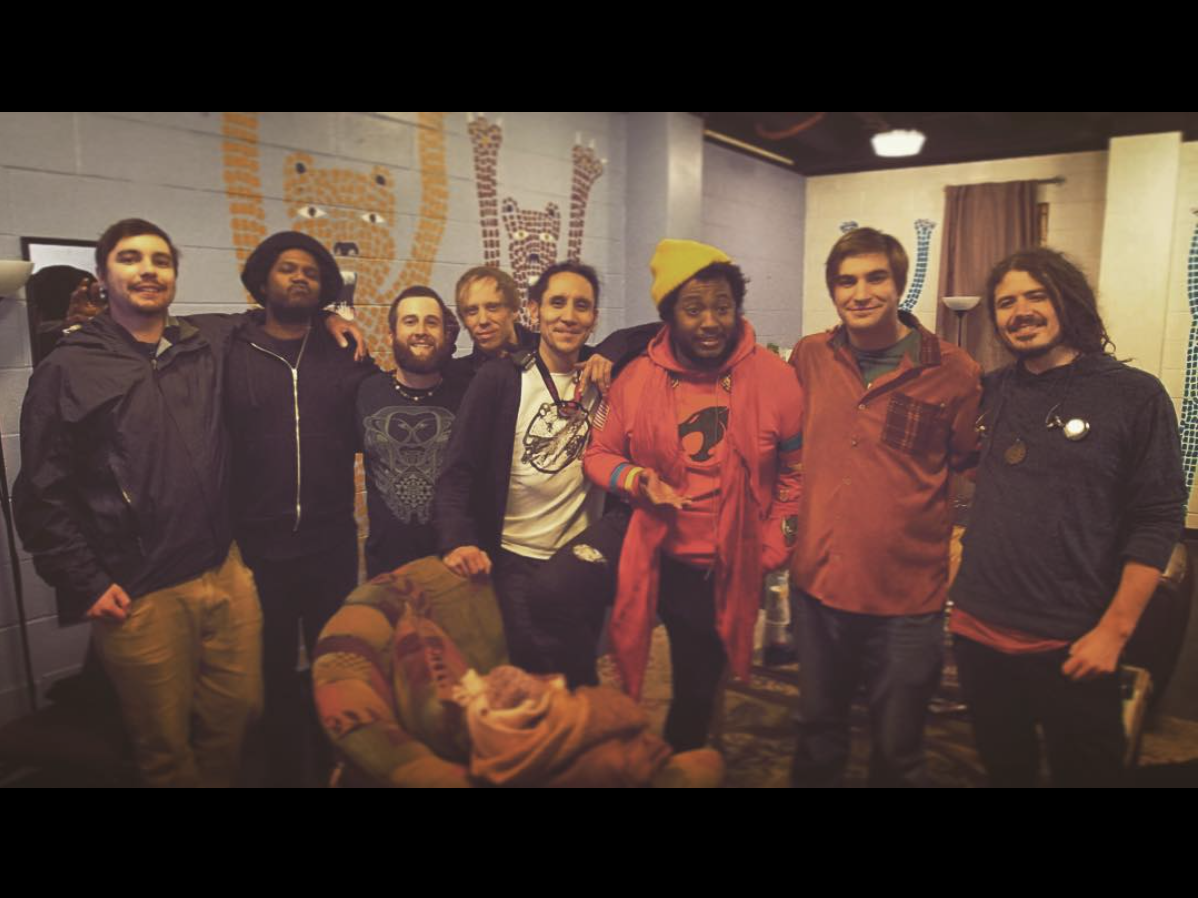 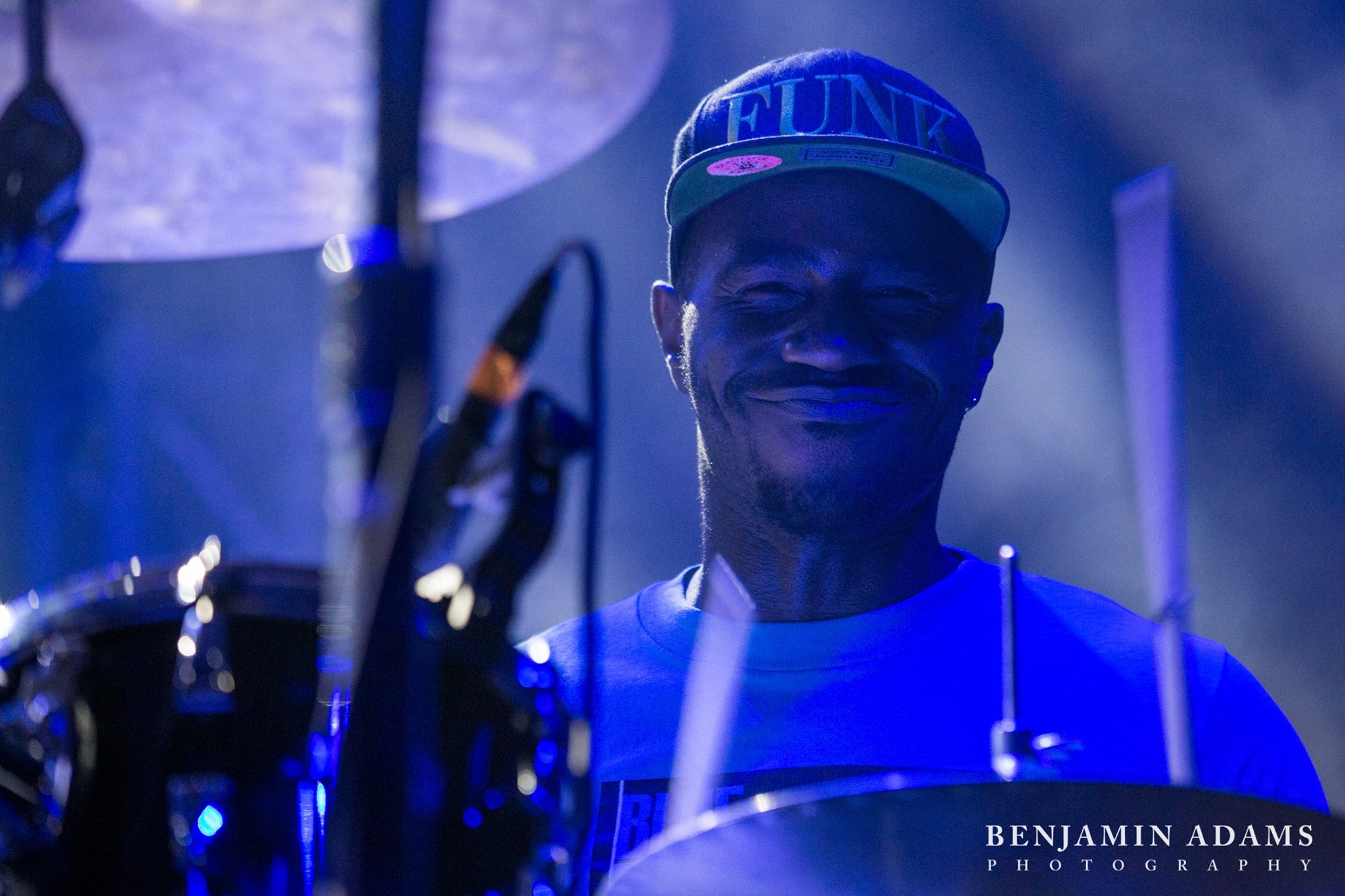 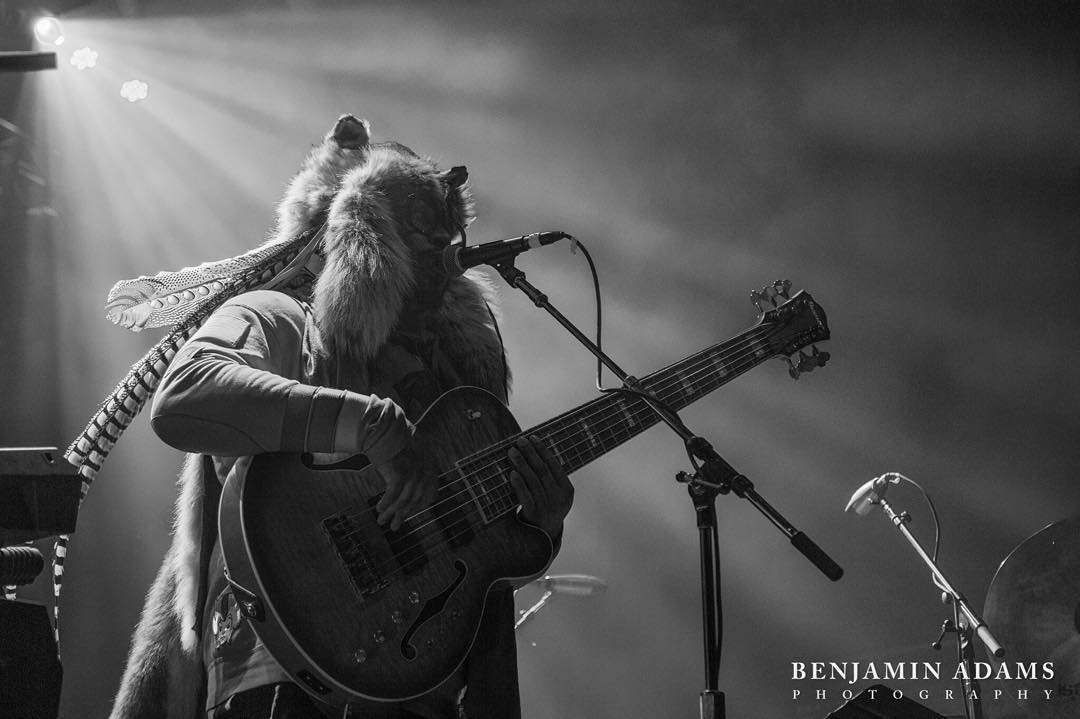 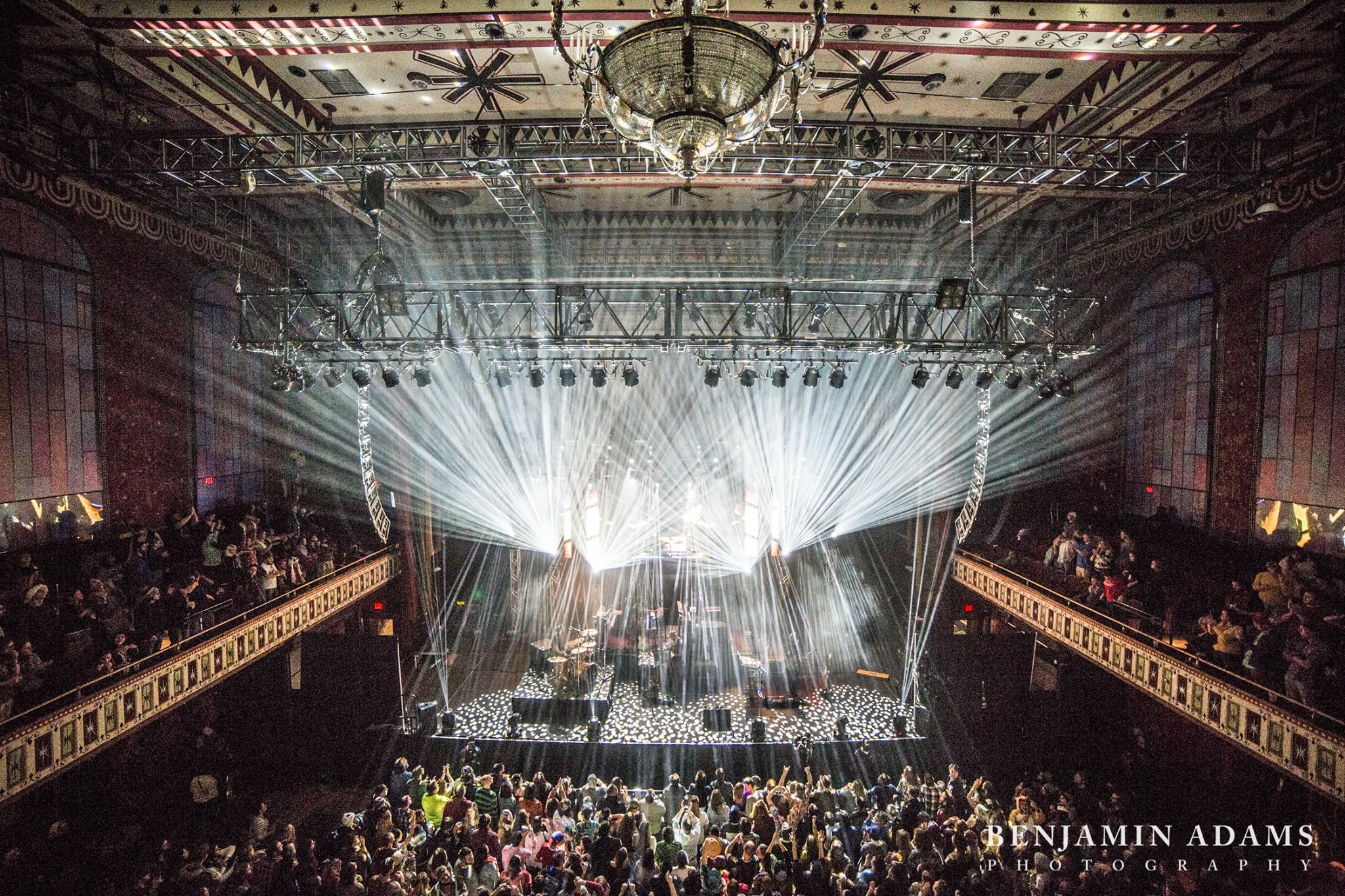 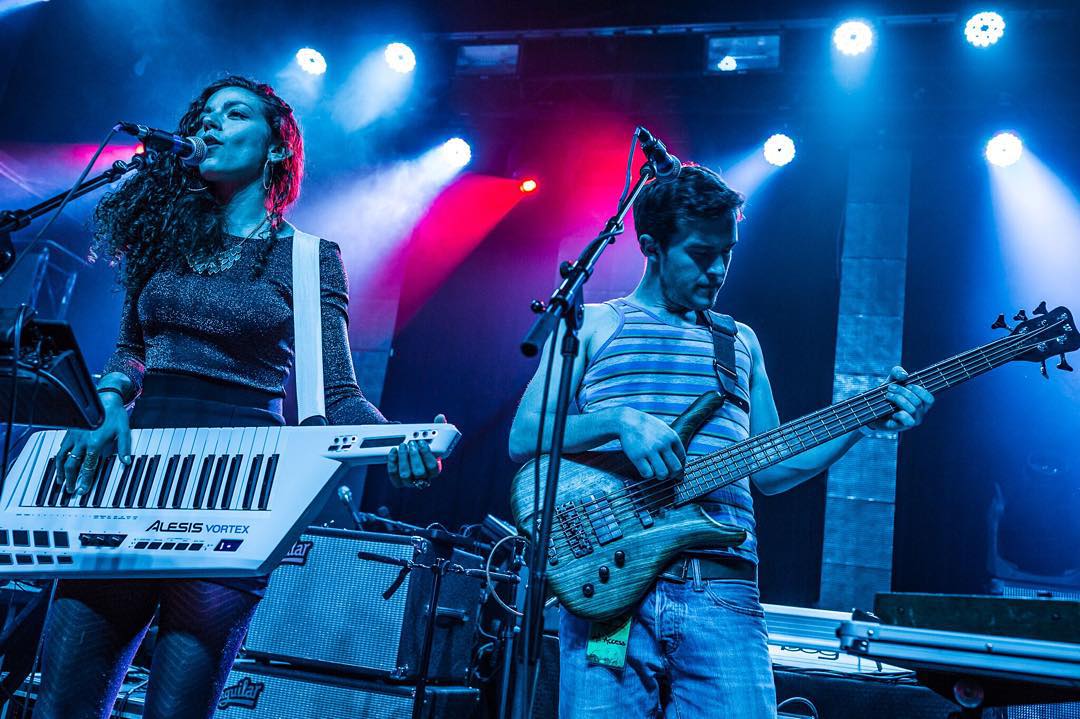 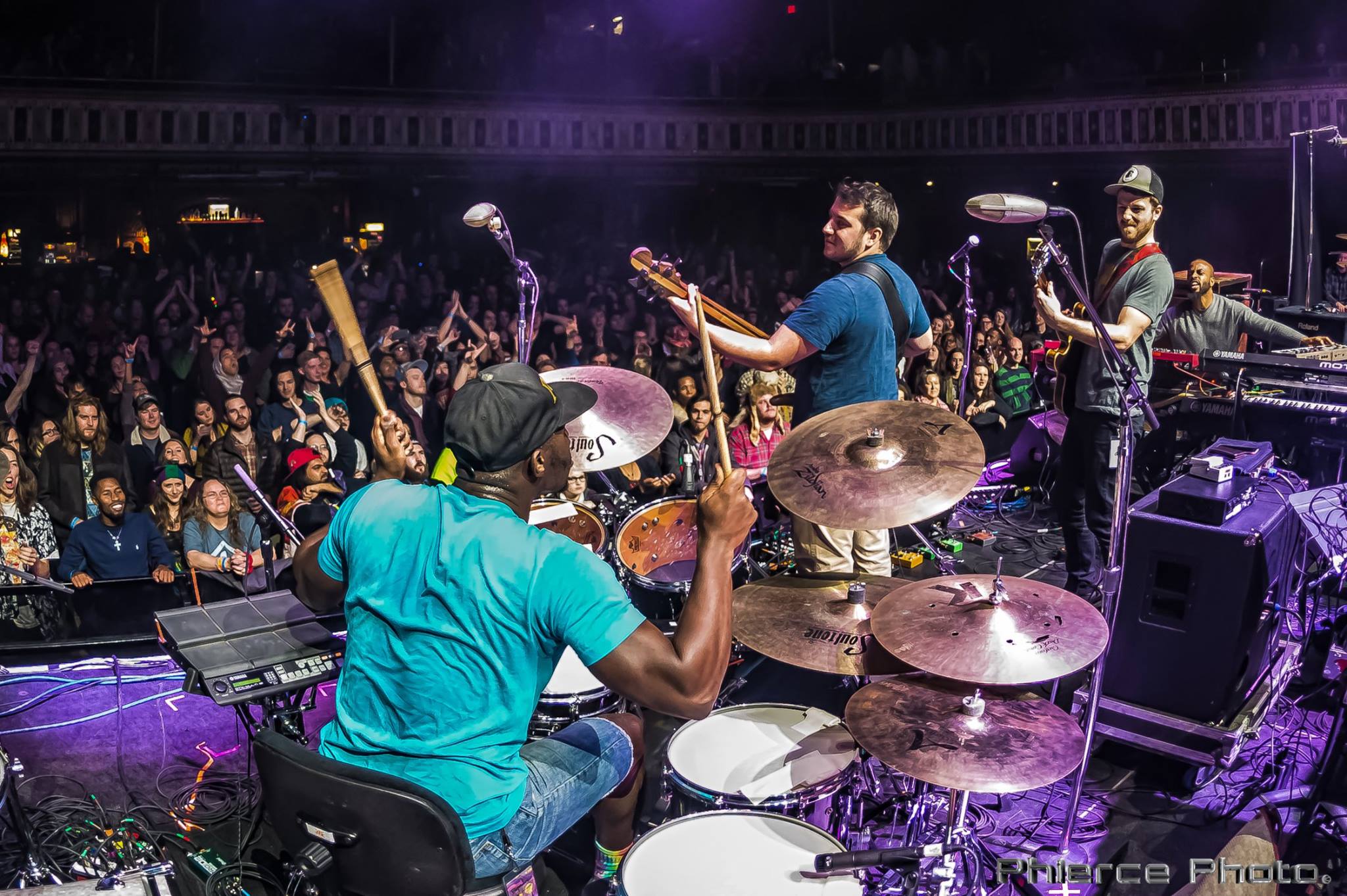 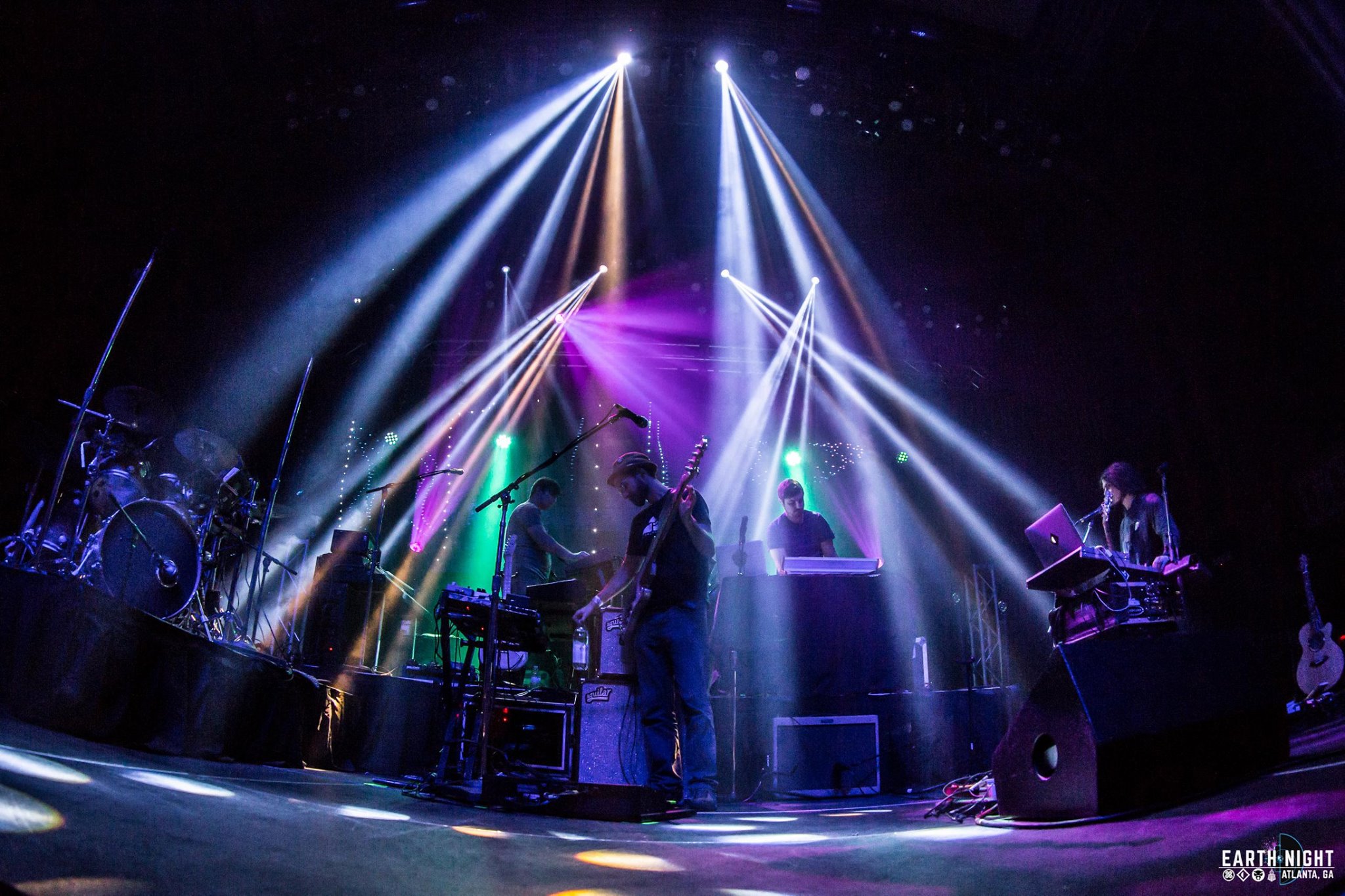 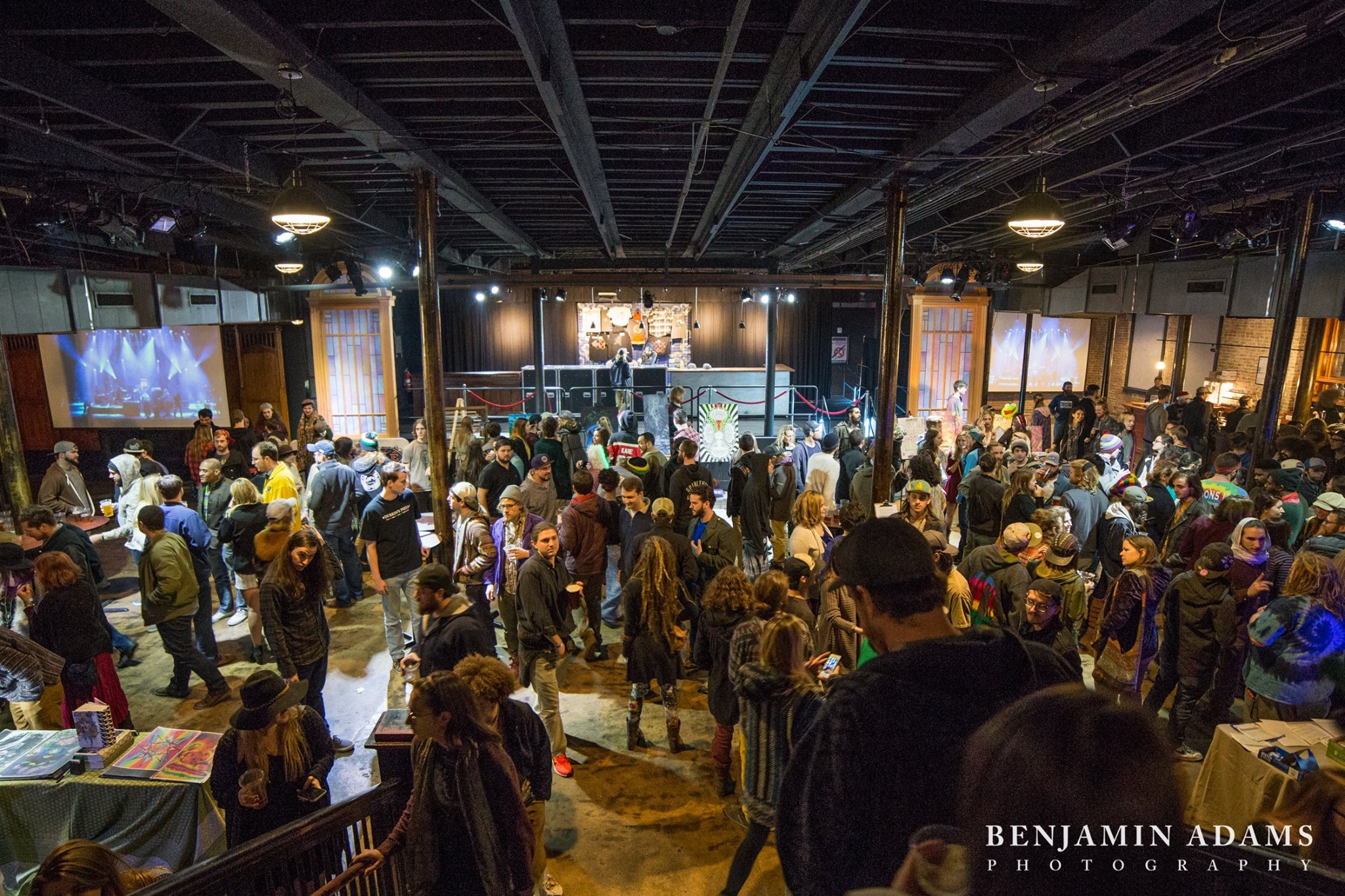 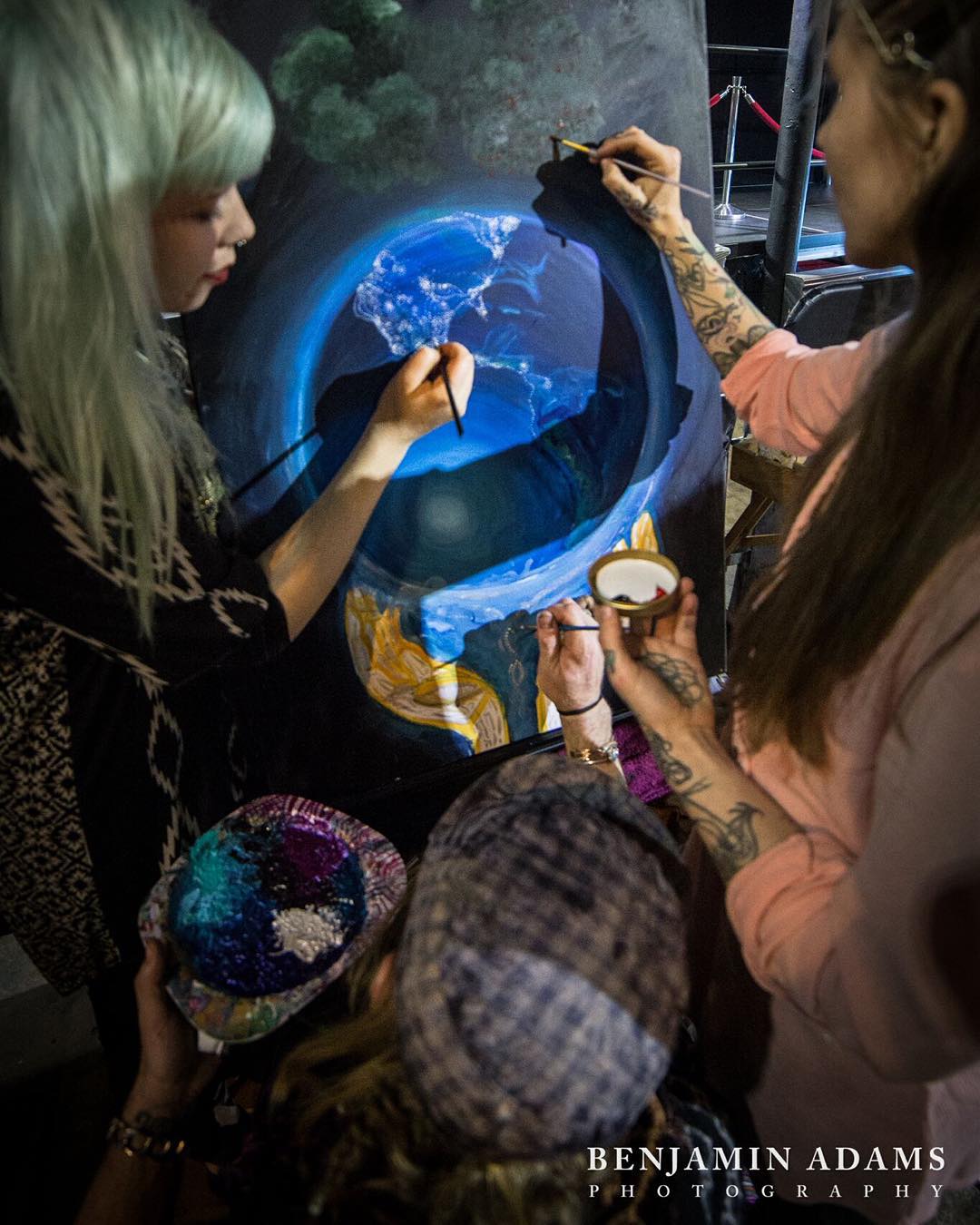 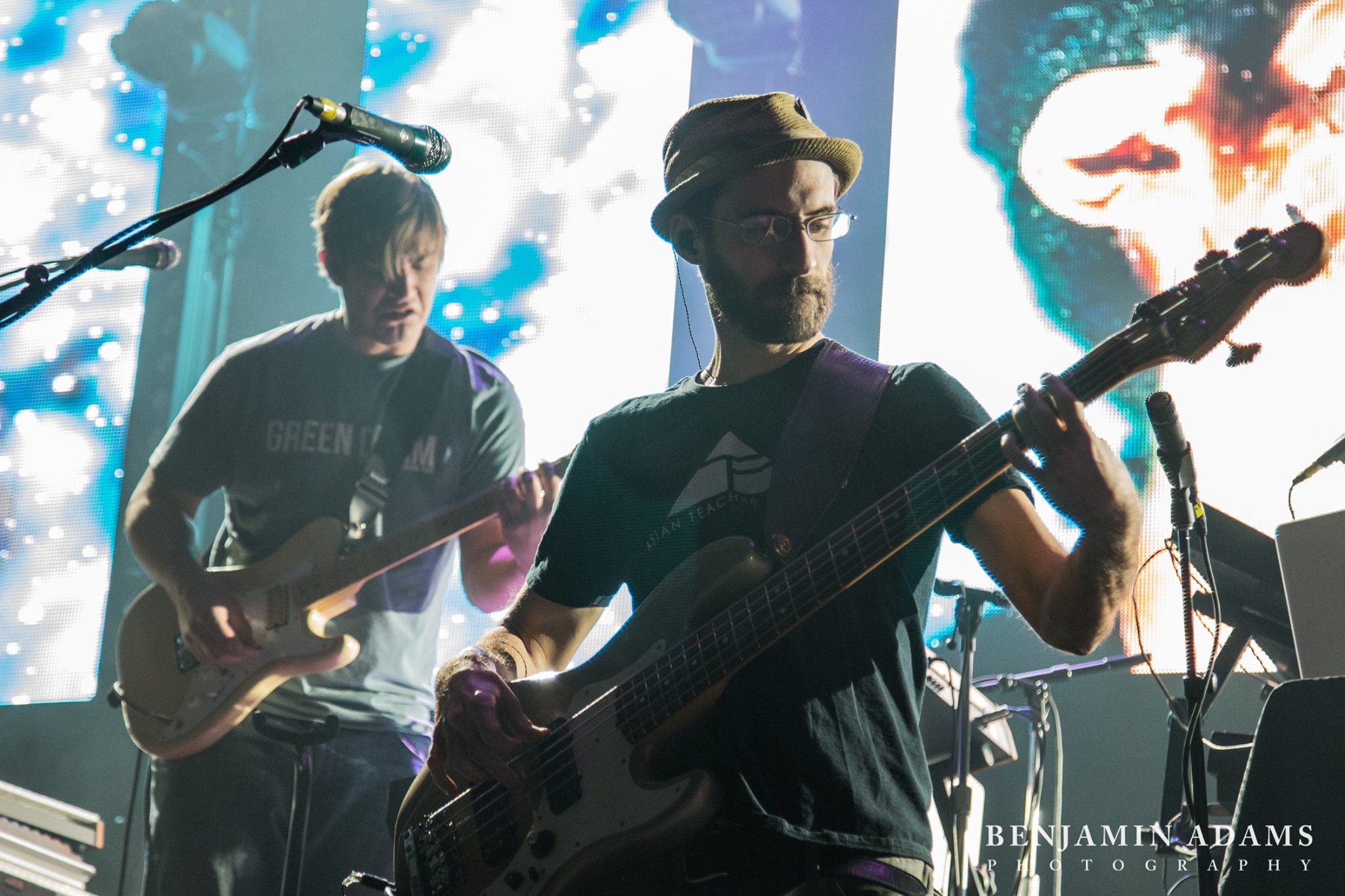 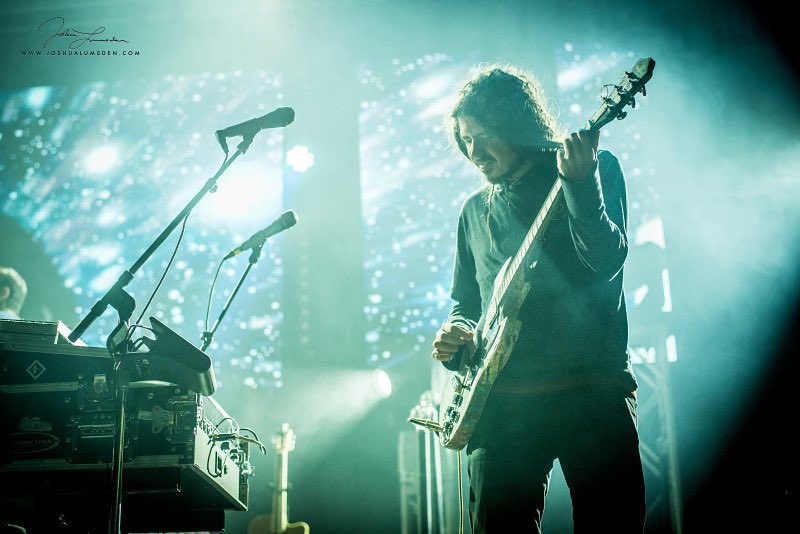 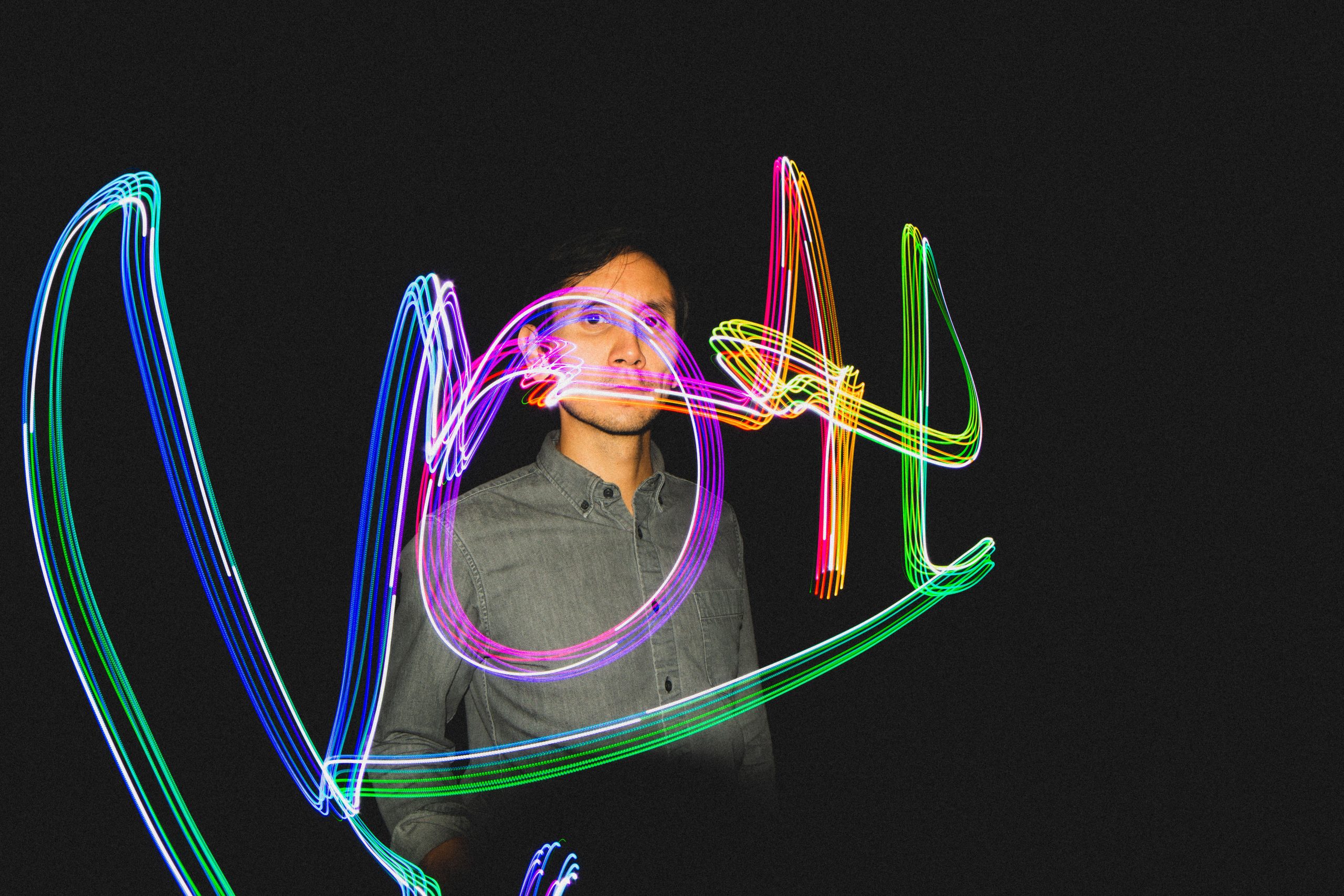