If you crafted a witty comment or hashtag about the upcoming ‘2020 Vision’ the new year would bring to your life, you weren’t alone. I was guilty of this when thinking about cheesy taglines for our since unprinted wedding invitations.  Still, this year has enabled new and unique forms of reflection and asks what solutions design and technology might bring to help alleviate some of the critical challenges we face? So in a sense, ‘2020 Vision’ still applies – it’s just different from what I think most of us had in mind.

This spring I wrote about an inspiring field of study known as inclusive design, which places non-average users at the center of the design process. Since Covid-19 caused us all to experience exclusion on a massive scale, it seemed like a perfect time to think about those who are regularly excluded from the ‘average’ way of life. By employing inclusive design, we recognize that the differing physical ability among people is something to explore, rather than ignore. It helps us see that we will all likely find ourselves outside the norm at some point in our lives (especially in the aftermath of this global pandemic), and so designing for those people now is an investment for future ourselves and loved ones.

As soon as the rising tide of coronavirus started to bend, Americans (specifically African-Americans) were reminded of yet another disproportionate threat to the lives of people in their communities. The nation watched as a mobile device broadcasted a video of a man named George Floyd, who faced trial by street corner in Minneapolis and had his life stolen before our eyes. What has followed since has been described as the largest protests in U.S. history. We will be working through the effects of this event for decades to come, so I started thinking, what inclusive design principles can be applied to help navigate other situations of exclusion, like for instance: the persistent and sometimes fatal inequality countless Black, Indigenous and People of Color are forced to suffer in America? And how does architecture and design either foster or ameliorate the negative consequences of these imbalances in our society?

I recently watched AppleTV’s latest star-packed release, The Banker.  The George Nolfi production stars Anthony Mackie and Samuel L. Jackson as Bernard Garrett and Joe Morris, the two first African-American bankers in the United States. This was a story I had never heard and while I try to avoid using Hollywood biopics as a substitutes for history lessons, one stunning takeaway that seemed to stand up was the fact that they had to hide their physical appearance from the world in order to achieve their aim. This stark portrayal of inequality and the power of privilege was undeniable and it made me wonder exactly how many hidden figures are there across industries who paved the way for others and were left out of our young nation’s history? And furthermore, how do these redactions inflict further harm on the communities that continue to suffer the most and receive the least amount of help?

As I ventured down this path, I came across the website for NOMA (National Organization Minority Architects) and was caught by one of their posts that featured what was called “the hip-hop architect”. I’ve been listening to and following hip-hop for 25 years, but I can’t say I ever correlated the subject to architecture. The name of the hip-hop architect is Michael Ford, who until recently worked at SmithGroup, but is also at the helm of the Brandnu Design firm, Urban Arts Collective, and the nationally recognized Hip Hop Architecture Camp. Michael tows the line between AIA associate, academic, and speaker, but along the way has been steadily shedding new light on the shadows of architectural history through the lens of hip-hop.

At the core of hip-hop music and culture is the remix. Using turntables and recording technology, modern hip hop was born in the Bronx through a technique known as sampling. Sampling allowed these early vinyl technicians to quickly create catchy beats by looping sections of other recordings to provide a canvas for the message to flow onto. The message was often one of struggle, racism, poverty, or sometimes crime and illicit activity, but as Ford argues – this transmission, particularly of early hip-hop, is also a critique of America’s modernist architecture; a post occupancy report from its original residents. Like origami, Ford meticulously arranges the folds of history to illustrate how legendary Swiss architect Le Courbousier’s ideas for a Parisian working-class City of Tomorrow, were sampled for the Towers of the Park design of low-incoming housing in New York City, or what Ford calls “the worst remix in history”. By leaving out critical details of Le Courbousier’s plan, such as plentiful glass windows, natural light, open spaces, and direct access to services like fresh food and recreational facilities – the notorious American city planner Robert Moses sampled just the shell of the idea, but executed it with monotonous, repetitive, block tower housing drenched in concrete all in an effort to quickly find homes for the thousands of the predominantly Black people that his Cross Bronx Expressway project was set to displace.

Hip-hop architecture, therefore, is the architecture that inspired an entire genre and culture that has grown and evolved over almost 50 years.  In 1973, inside the Cross Bronx Expressway’s Sedgwick Towers, DJ Kool Herc started remixing records with turntables and mixing that with spoken word poetry, watering the seed that would take on worldwide significance in the coming decades. Of course, African-American and hip-hop culture was not initially celebrated by mainstream America and has remained a focal point for racialized commentary on an entire group of people. Characterized as dangerous for American youth, hip-hop was often denigrated as not real art or lacking cultural significance despite the fact that it was a response to the primarily white designed spaces mostly Black people were forced to inhabit. “It’s like a jungle sometimes,” Grandmaster Flash rapped in his 1982 smash hit The Message, “sometimes that makes me wonder, how I keep from going under”.

In 1924,  Paul Revere Williams became the first African-American member of the AIA, but earned part of his success by learning to draw upside down to provide proper social distance for his wealthy white clients. Similarly, Julian Abele’s historic work (much like Joe Morris and Bernard Garrett) remained hidden in plain sight for decades. Williams and Abele solidified their place in the canon of American architecture, but still to this day African-American architects only make up 2% of the field (with women representing only 0.3%). Many who chose this path learned to recognize that their communities did not have a seat at the table when it came to designing such housing or affecting city planning policy. Ultimately, this lack of presence in the room continues to foster disconnect between communities of color and their ability to achieve a level of self-sufficiency that our society demands of them. Non-white Americans are routinely judged and ridiculed for relying on government benefits and assistance, but at the same time are subject to less access to quality housing, food, education and means of acquiring wealth. Couple this all with a disproportionately fatal use of force by police departments and rates of incarceration and it’s easy to accept that the struggle is in fact real, but that doesn’t mean there aren’t bold steps that can be taken.

In 1988, President Ronald Reagan signed the Civil Liberties Act, offering a formal apology as well as $20,000 to Japanese-American citizens who were wrongfully imprisoned in internment camps during World War II. In 2020, African-American descendents of enslaved people still haven’t received reparations beyond the 400,000 acres of land along the southern Atlantic coast, which after President Lincoln’s assassination was conveniently returned to the same individuals that had enslaved them and declared war on the United States of America. My Japanese ancestors were thankfully not imprisoned during WWII, but I firmly support any act of good will imparted by any government in service of rebuilding trust with any people.  And while our leaders seem to lack the courage to address the subject at this moment, we can all at least take the time to reflect on how these historical redactions have fueled the current climate and the ways in which design, architecture, and planning may continue to fan the flames.

One of the tough truths of this time is that organizations of all kinds are scrambling to simultaneously insulate themselves from both the effects of COVID-19 and the cries for social justice this year has brought. Any public misstep surrounding reopening, public health or racism and/or discrimination can quickly become a communications nightmare, or worse.  My advice to predominantly white owned and led organizations who wish to close this expanding chasm is take stock of your personnel. Increase not only visibility for people of color, but prioritize their input and empower their perspectives in identifying problematic people, projects, and initiatives. Furthermore, let’s collectively find ways to invest in students, teachers, and expanding educational opportunities like the Hip-Hop Architecture Camp, so that someday the next generation can not just get in the room, but also the board room.

Social and economic disparities lead to opportunity gaps. Opportunity gaps lead to inequality. Inequality leads to injustice and injustice ultimately leads to insurrection. It’s a cycle that’s as old as time, but something I hope our 2020 vision can help us not repeat. 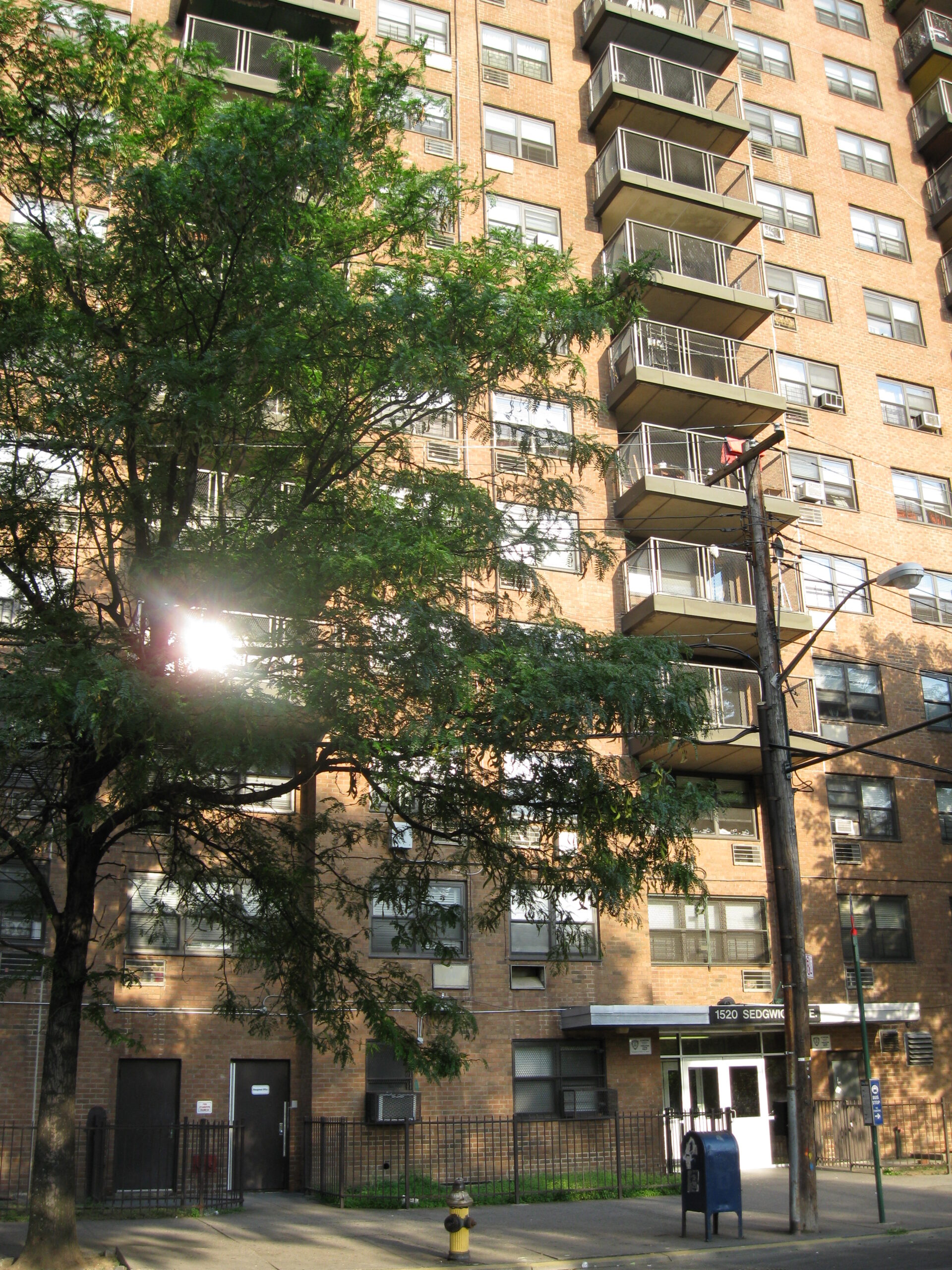 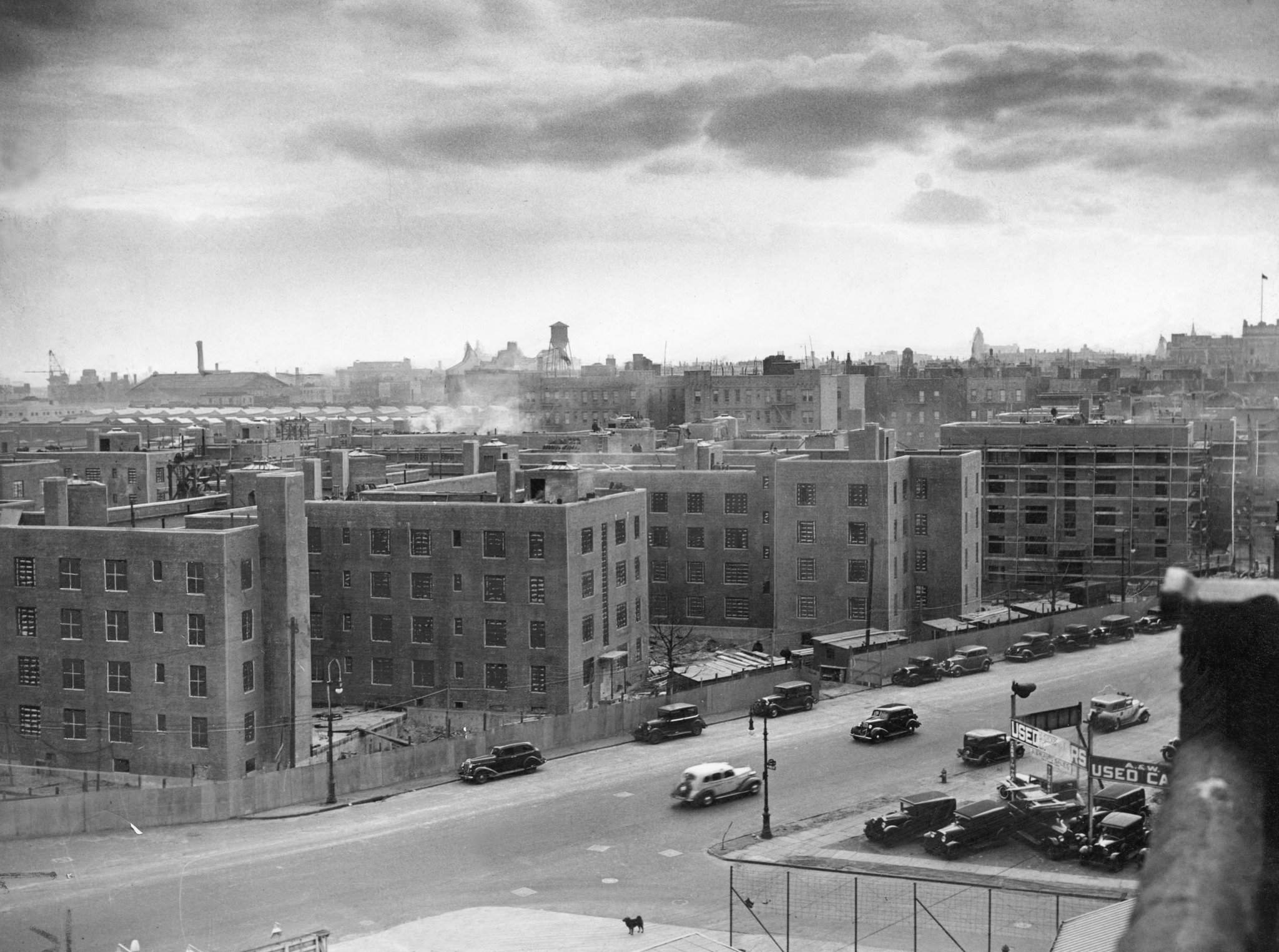 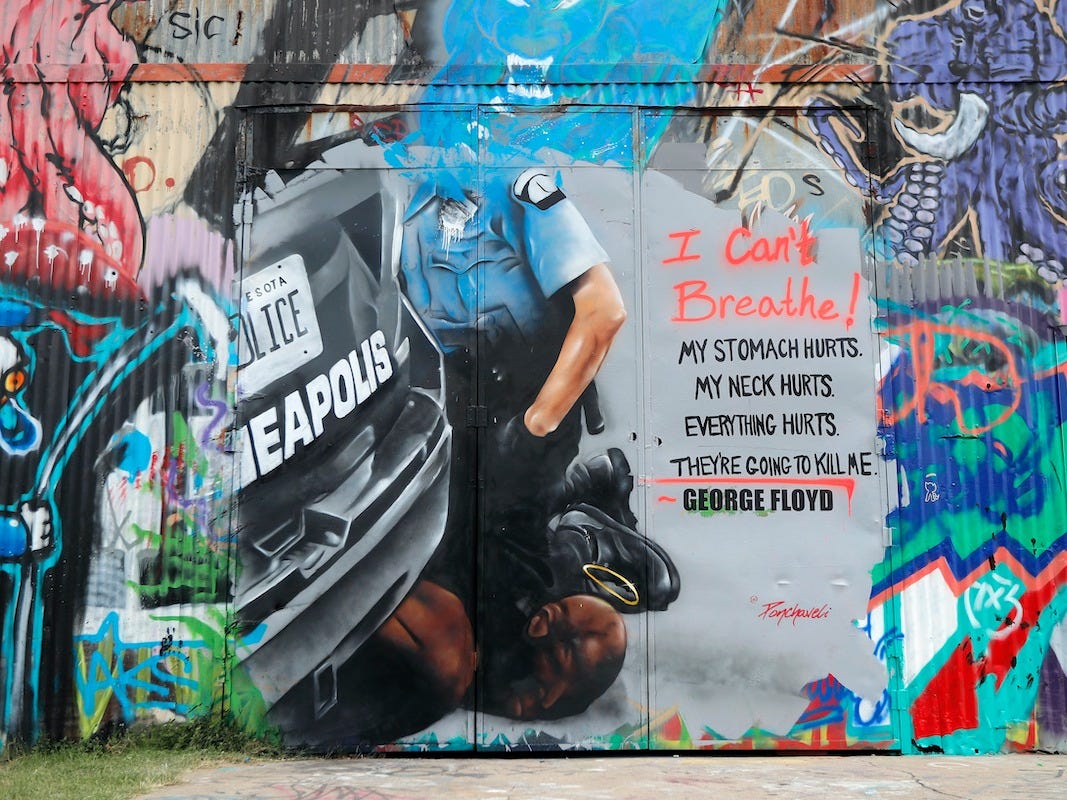 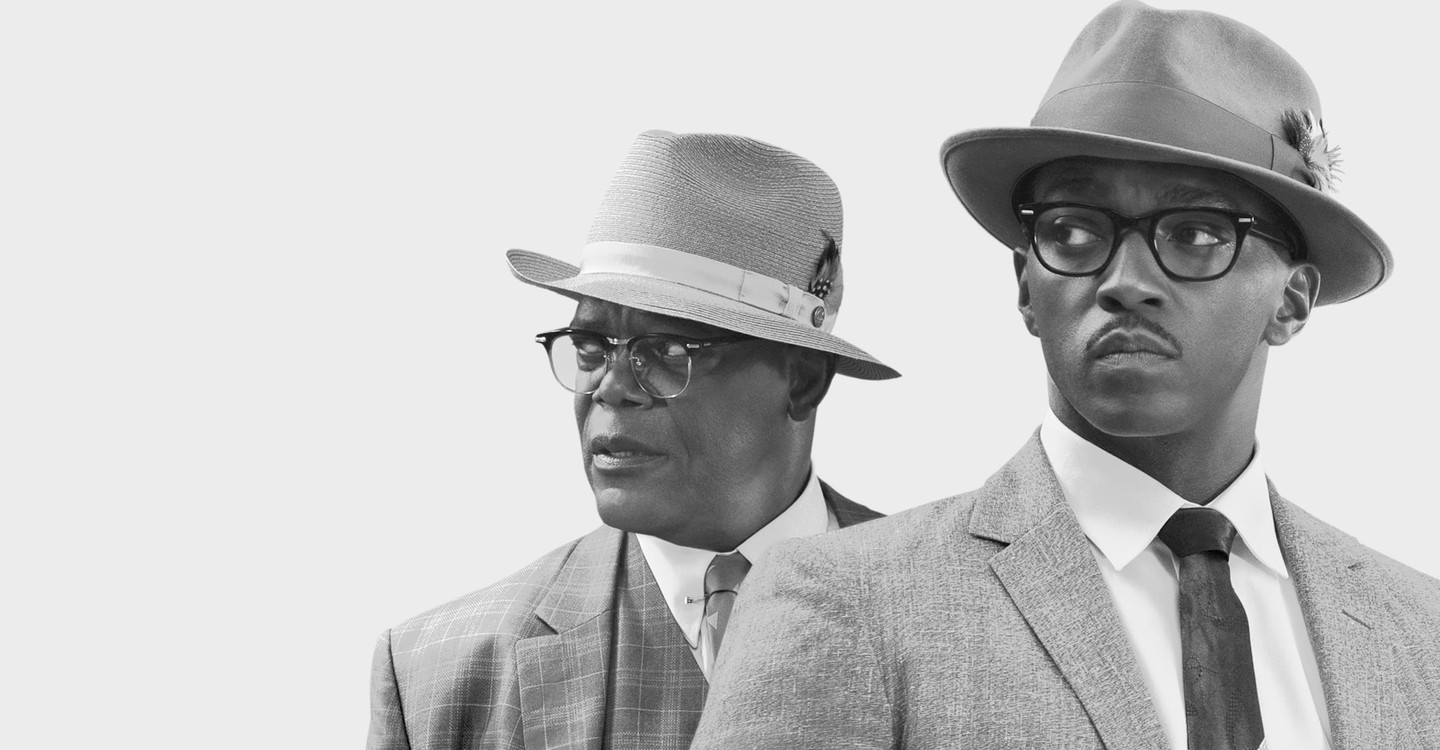 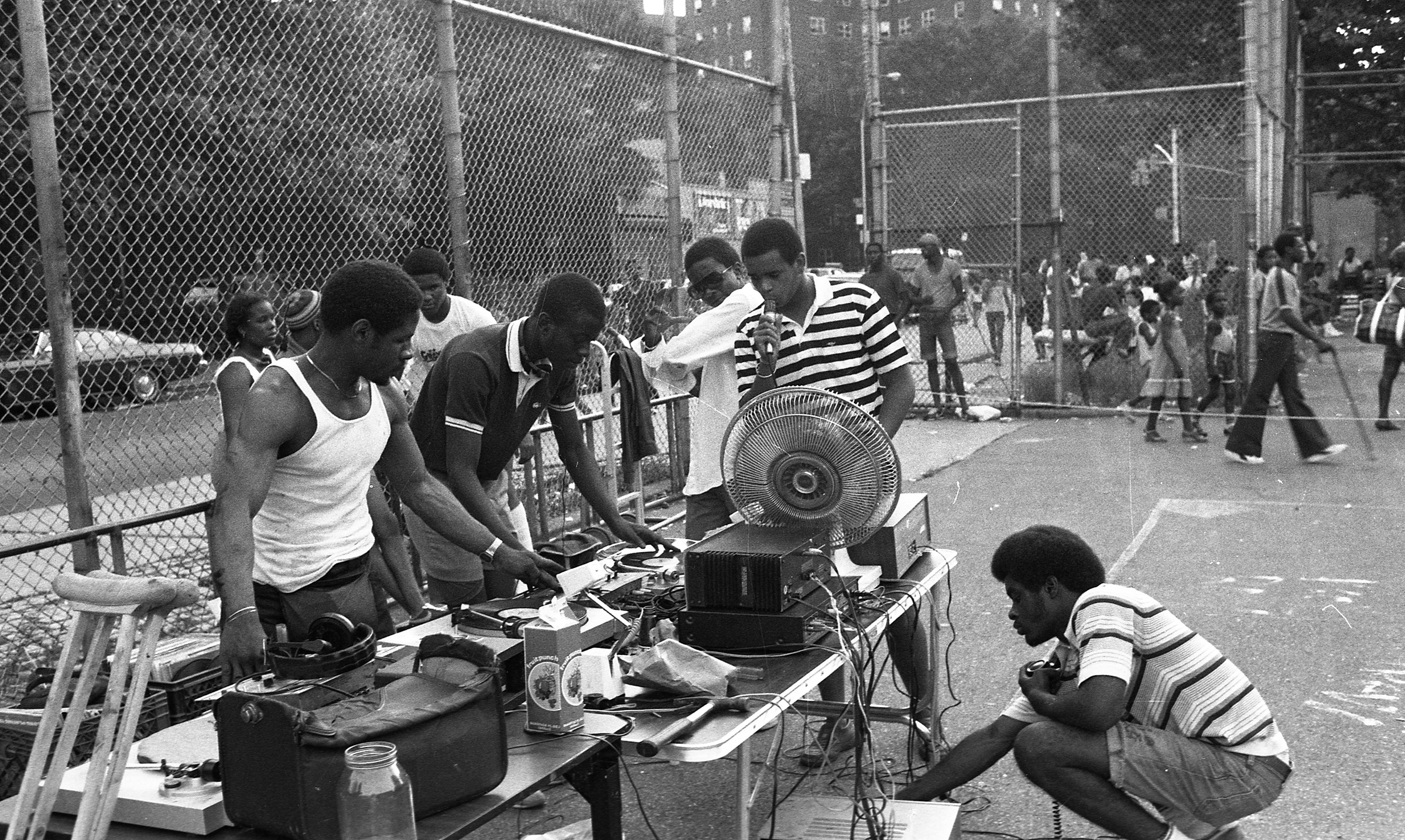 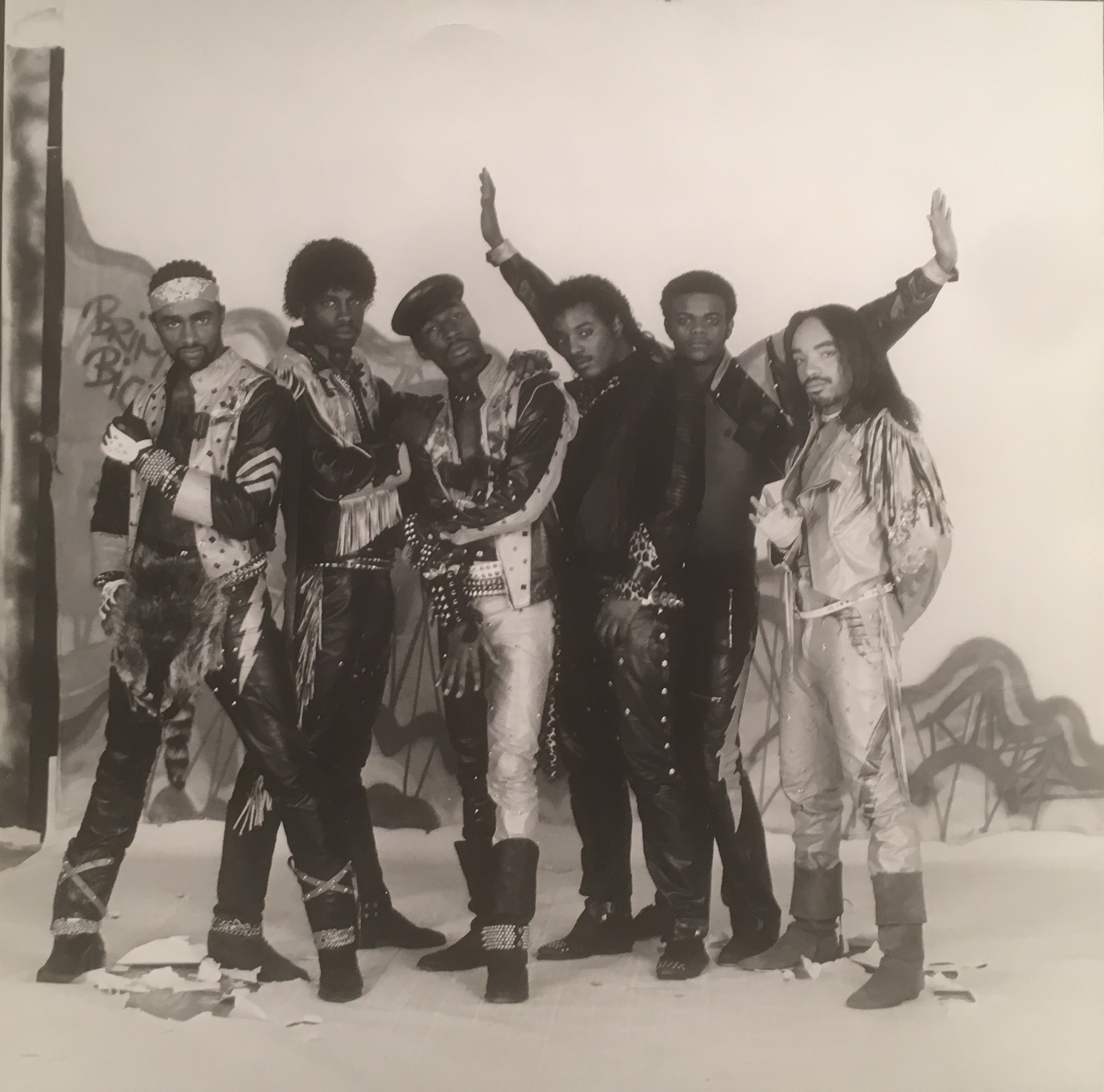 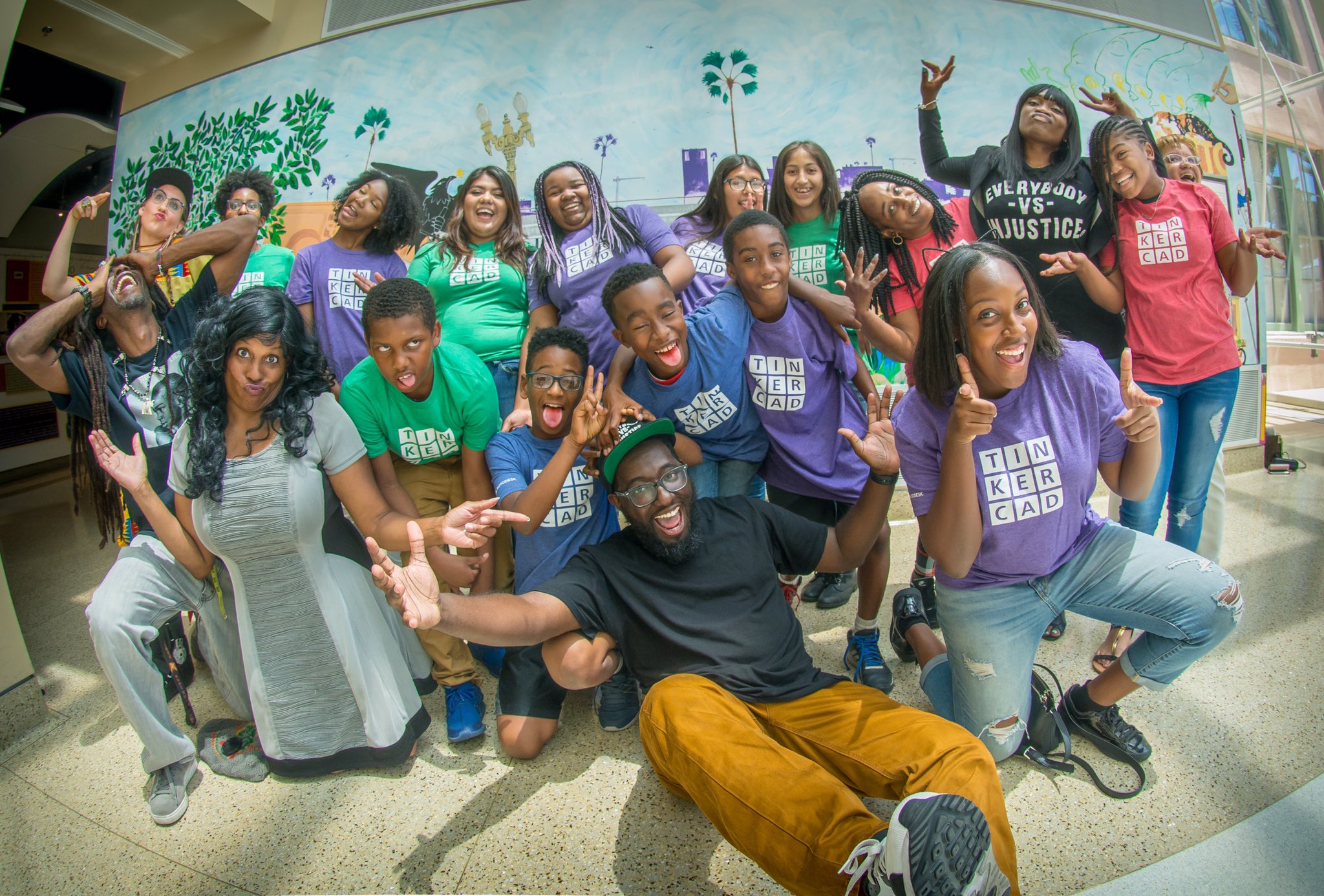 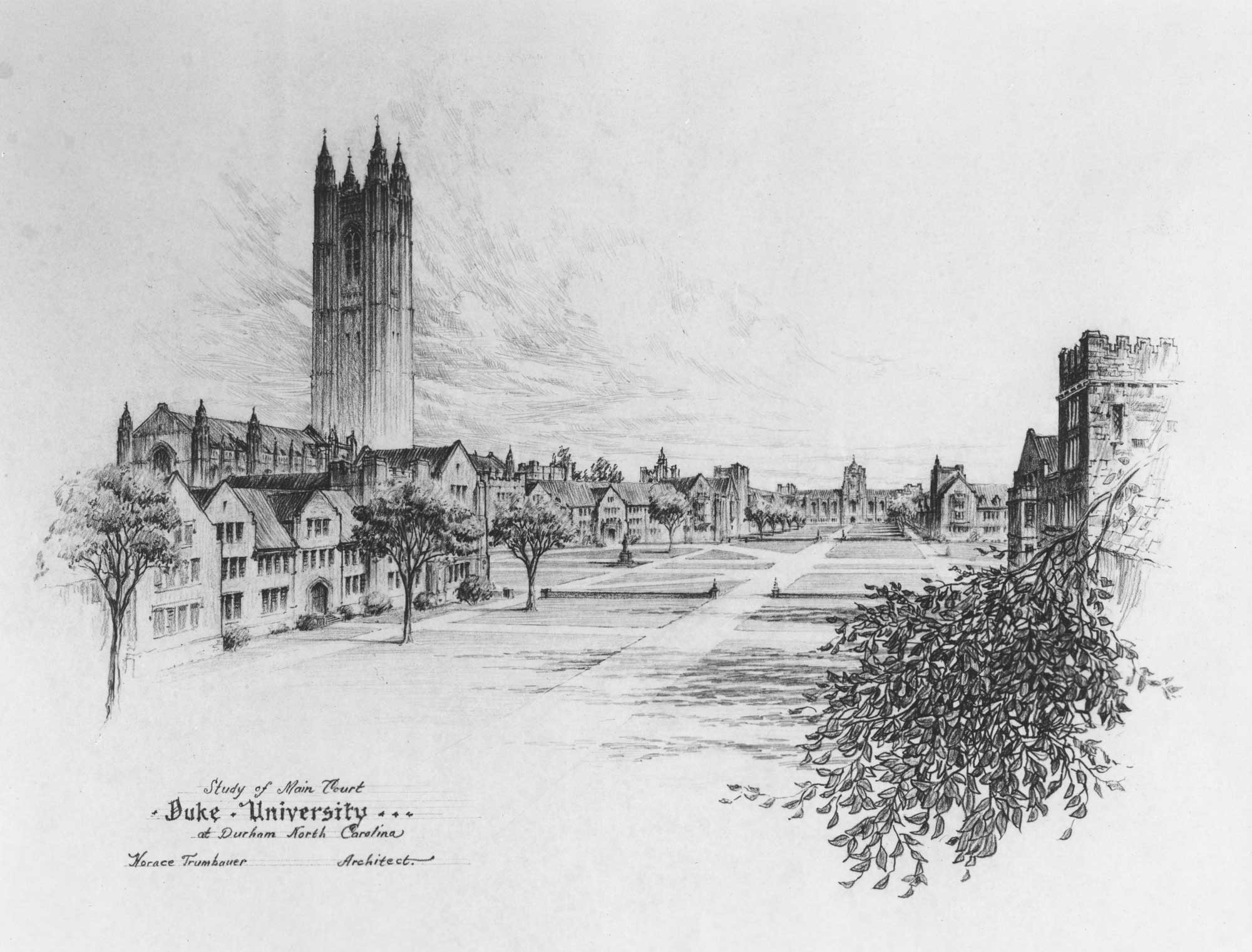 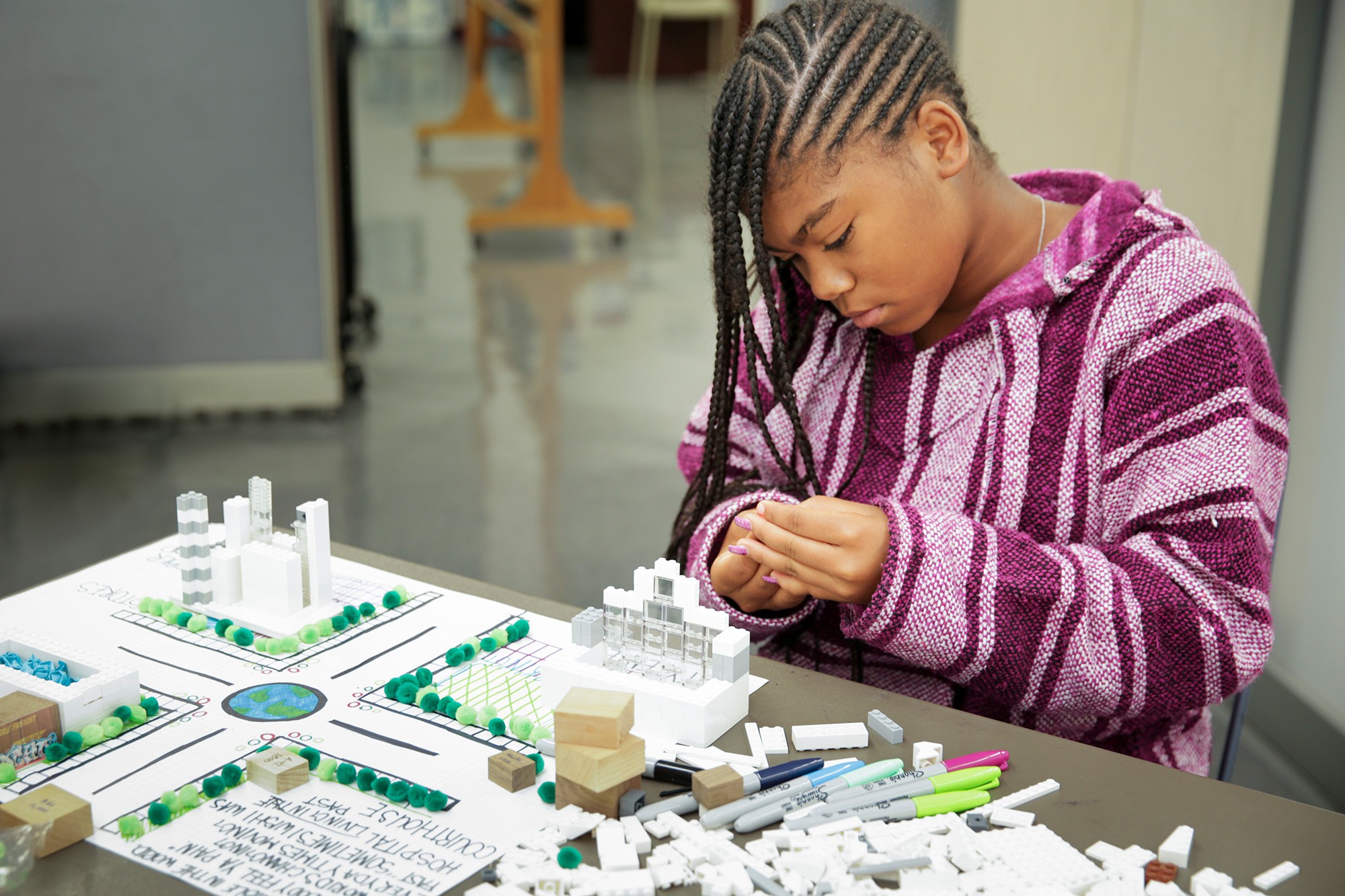 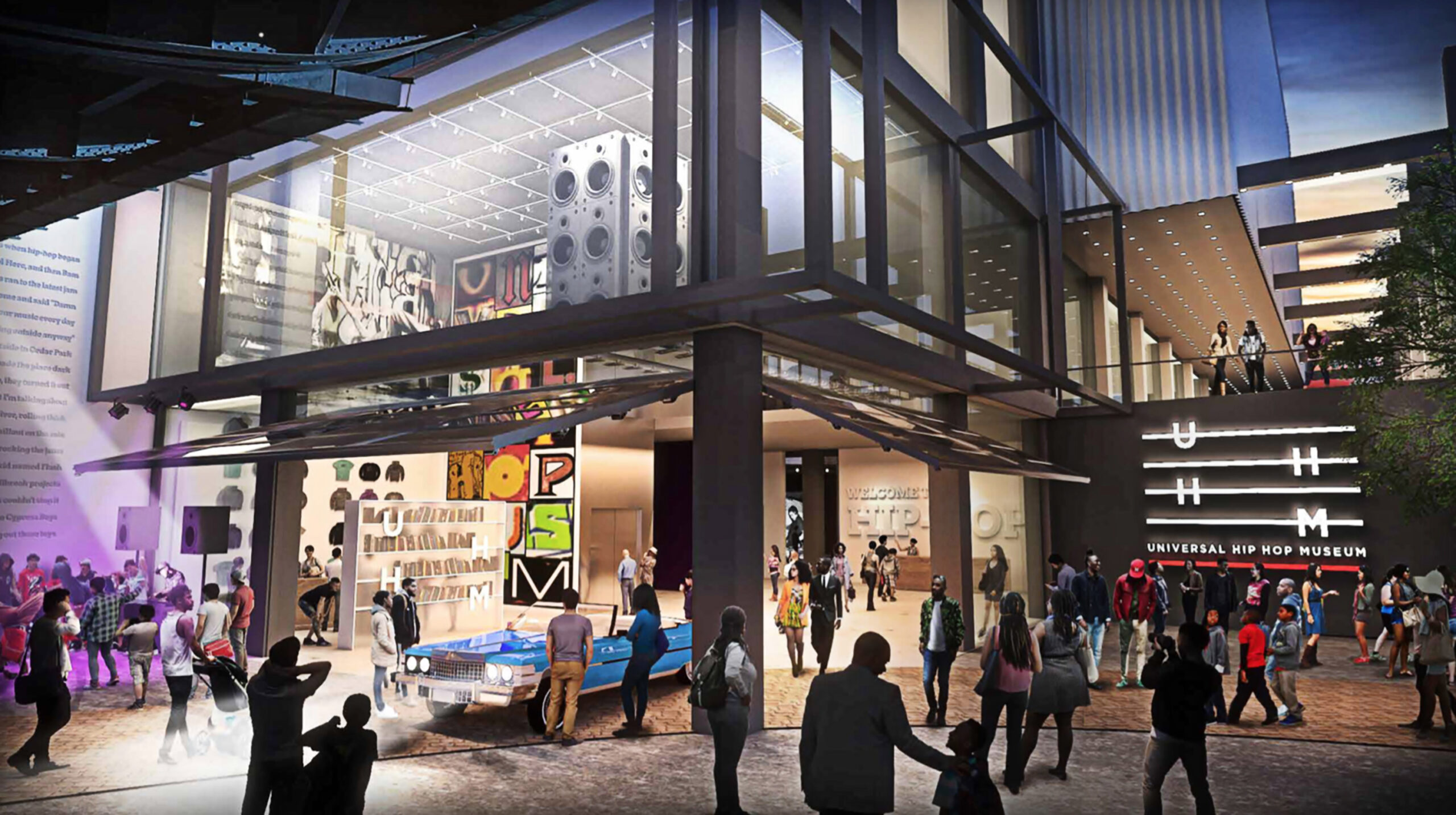