WE BEGAN THIS SERIES by gazing out into star-filled space, just as our prehistoric ancestors did before us. Much to our surprise, however, the starkest revelation was gifted by the brave astronauts in NASA’s Apollo 8 mission, who thankfully reversed our view by bringing back the first image of our precious Earth. Now, as we look ahead and collectively brace for massive changes in the climate and environment worldwide, many of our leading minds in technology, innovation and design are torn between preserving and protecting the only planet capable of supporting life that we know – or preparing for our inevitable escape.

In the last issue, we discussed the incredible journey a small design team from New York has been on over the last couple years. It began with a vision of a habitat suitable for human life on Mars. This design (known as MARSHA) soon went viral upon winning NASA’s 3D-printed habitat challenge. However, rather than simply wait for their turn on the next mission to Mars – AI SpaceFactory turned their attention back to Earth and launched an IndieGogo campaign to bring their futuristic habitat to life. 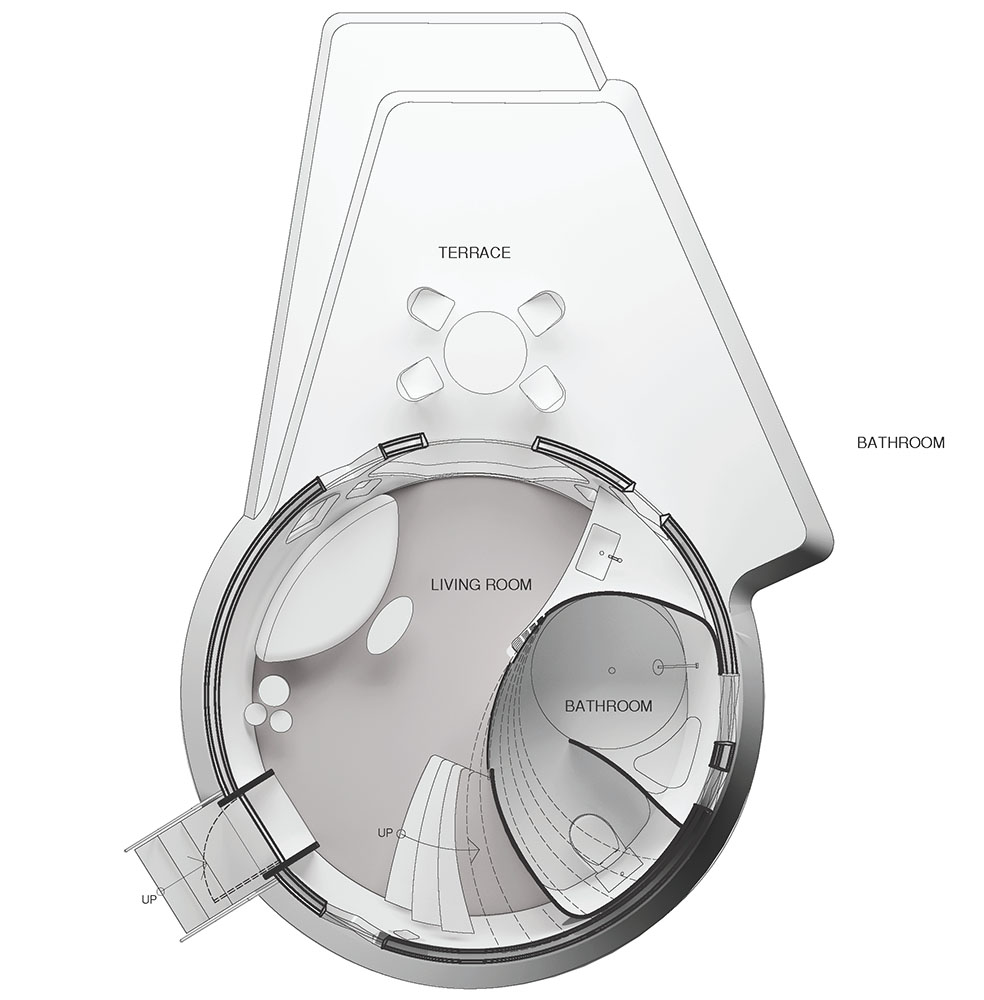 This fall, they began laying the foundation for what will be known as TERA-1, which is set to open its doors to visitors and guests this coming spring. TERA-1 will feature a 3D-printed outer shell made of AI SpaceFactory’s proprietary polymer blend designed to withstand extreme weather conditions, while simultaneously retaining biodegradable and recyclable properties. Meanwhile, the wooden interior is set to be structurally independent and gorgeously crafted to mirror the beautiful woods that surround it off New York state’s legendary Hudson River Valley.

As the crowdsourcing campaign continues, the team is hoping to unlock new levels of TERA’s development, such as a grey-water recycling system, a high-powered telescope, aquaponic garden, and an off-grid radiant heating and cooling system. Sima Shaverdi is the lead designer on TERA-1. She is a practicing architect and researcher, exploring kinetic architecture, future smart cities, and robotic technology. Sima graciously shared some of her thoughts on TERA-1’s one-of-a-kind design. 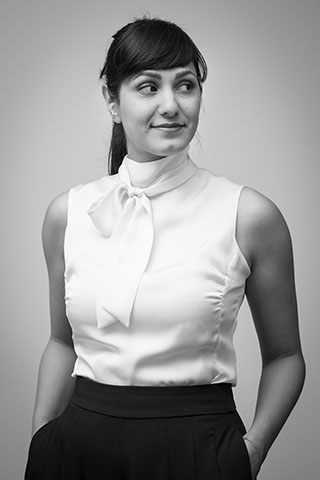 Sima: There are elements that are very precious on Earth that we become aware of when we are on Mars, when we don’t have them in abundance. As an example, fresh food and its preparation is very critical on Mars and this important aspect influences the design of a traditional kitchen in TERA.

Growing fresh plants and using them directly in the process of preparing the food is changing the way our kitchen is performing. Like that, there are other examples that we are showcasing in the interior design of TERA.

Jason: What were some of the considerations of interior design for Mars that can (and should) be applied to design on Earth?

Sima: The boundary between work, living and sleeping space is a very thin line in the small and limited space. Working with a minimal area and having all activities in harmony with each other has been probably the most influential aspect of space design on Earth. TERA, the same as MARSHA, provides limited space where every inch of it would be very precious, therefore how to lay out the interior and make logical use out of it would be the main goal.

Jason: How did “generative” or “procedural” design tools become a factor when designing TERA?

Sima: There are different design approaches for TERA. The main tendency has been always toward “human centered design” which plays an important role here. Generative design tools have also influenced the results in different stages of creating TERA.

Jason: What kind of software was employed when designing TERA?

Jason: How soon do you expect to see widespread 3D-printed construction in the USA?

Sima: It is unlikely we can stop building. There are the 1.6 billion in the world who live in inadequate shelter. Urbanization is reshaping the Planet’s surface, and it shows no signs of abating. 200,000 people move into cities each day.

As our CEO and Chief Architect at AI SpaceFactory, David Malott puts it, “We can continue to take resources from the Earth at great cost; or, we can build in a way which gives back. Earth’s bounty was used to grow our civilization and advance our technology. Now that we have the ability to venture out to the stars, it is time to return what we have borrowed. We are on the path to create a new way of construction and our goal is to distribute this technology and change the way of our thinking in this industry.”

Jason: Have any designers or developers expressed interest in expanding the TERA project beyond the crowd-funding campaign (ie. a TERA development)?

Sima: Yes, there are potential customers who have expressed interest in collaborating to develop more TERAs. Again, as David so eloquently states, “In building TERA, we are doing more than proving out a technology. We are sending out a message to the building industry that there is another way. Building with concrete may be tried and true, but that does not make it right. Concrete is the world’s second most consumed resource, after water—and only 20 percent of it is ever recycled. Concrete is also hugely energy intensive to produce, generating nearly 5 percent of global carbon emissions. Yet enough concrete is produced each year—10 billion metric tons—that if we were to stack one-meter cubes on top of each other, it would reach up to the Moon and back, five times.”

Jason: What lessons from TERA can help the design-build community prepare for the future?

Sima: Traditional construction consumes a considerable amount of resources and generates carbon not comparable to any other human activity. TERA is an example that contradicts all of the conventional ways of construction industry. It’s a revolutionary off-world technology we are applying to Earth to build the future of living.

To learn more about TERA and book your stay visit
AISpaceFactory.com