Past, Present and Future Women of Tech

The month of March marks Women’s History Month in the United States. On March 8th, millions around the world celebrate International Women’s Day.  Since taking on the role of a youth technology teacher, it’s been important to better educate myself on the largely untold, yet dramatic effect women of all stripes have had on technological development. Young girls today absolutely deserve to know that the women who came before them have more often than not been at the center of major technological contributions – from the Hidden Figures of NASA’s jet propulsion lab to the original discovery of DNA’s double helix form. Though there are countless innovators to choose from, here are my current favorite past, present and future women in tech.

A year ago today (March 9th), filmmaker Alexandra Dean released her film Bombshell: The Hedy Lamarr Story. Bombshell traces one of the most compelling figures in technological history. A world famous, Austrian-Jewish actress who was ultimately responsible for laying the foundation for today’s inescapable wireless communication landscape. In an effort to help the Allies defeat Nazi Germany, Lamarr (in her free time from acting) devised a system known as ‘frequency hopping’ to help naval wartime torpedos hit their intended targets without having their signals jammed by interference technology.

Sometimes I think if I could go back and do it all again, I would try to live my life like Chinese born, Canadian raised artist and researcher Sougwen Chung. The international creative is on a mission to uncover intersections where technology and art can converse. Her on-going series Drawing Operations, is a collaboration between herself and various robotic arms programmed to mimic her drawing through a combination of visual capture and machine learning.  Her natural pencil-scapes drawn in tandem with responsive intelligent machines call in a new era of artistic expression and exploration, while asking larger questions of our ongoing relationship to technology itself.

This time last year, a young indigenous girl from Altos de Chiapas, Mexico made history by being the first youth to win the National Autonomous University of Mexico’s “Recognition for Women’s Award” for her solar water heater she developed from recycled materials. Her first deployment was for her family’s home. Titling her work “Warm Bath”, Xóchtil recognized the difficulties her community faced producing hot water. Often unable to afford the cost of fuel, they often resorted to burning wood or simply not heating water at all. For Xóchtil, both situations presented issues since she knew the cutting down of trees for fuel contributed to unhealthy climate conditions, while not having hot water for baths and showers often led to unnecessary illness in her community. Determined to make a difference, Xóchtil demonstrated tremendous resilience in not only developing her concept from discarded materials at a local construction site – but hopes to scale her work to help others in communities like hers. 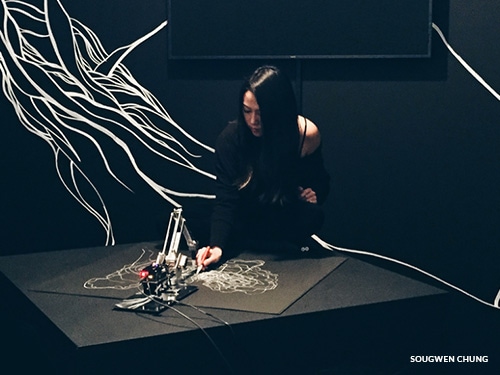 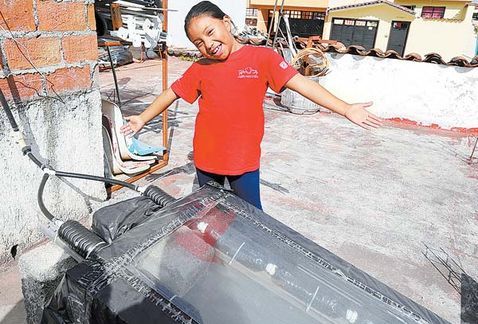